An Update On The New Healing Technology 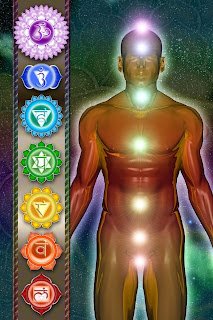 This is the future of medicine.

Six months ago I was at the shop Visions and Dreams in Costa Mesa. It's on Newport Boulevard by the 55, and kind of hard to locate. I got talking with the worker there. She was a Quantum Healer. Apparently she had a device that could measure disease on a Dis-Ease (subatomic vibrational imbalance) level as well as physical disease. Then she could 'dial it in' a cure, of over one hundred different ailments, and ZAP a client to cure disease.

I am not one to 'buy in' to gadgets. I took it with a grain of salt, but she was quite convinced of it.

My friends are also into 'such gadgets' and have tried many of them. They know the make and model of these devices like the average person knows the make an model of different automobiles!

Then I read Masaru Emoto on his HADO water. He has treated infantile cardiomyopathy that has most patients succumb to the disease before the age of one. He had a child who had sixty-percent of the chest filled with the enlarged heart, and over several months with the parents giving HADO water treatment, the child made it past one with full health! Emoto stressed he 'is not a doctor' and 'only treats the underlying imbalance in HADO (life energy)'. However, his 'cures' are remarkable. He too has a 'machine' that measures the imbalance, and creates the exact OPPOSITE imbalance to cancel the HADO disturbance.

So what about MY gadget? I thought the Light Mandala was the only one on the market. This technology is new. Apparently, one of the inventors of the technology brought it to my attention that there are MORE. So in the comments, at the end, if you'd like links to both of them, I will provide them, if you are interested enough to ask.

Just like Reiki, my practice, after on myself, has been my boy.

He LOVES it. And keeps asking for more! He decides what 'option' to pick, and we set the laster. He picks the crystal to go into the pyramid shape on the end, and I give about five minutes worth into his aura. He had food poisoning last night from a restaurant by the Pantages where we ate lunch. So I set it to the appropriate 'option' and much to his delight, his upset stomach went away!

My 'gay-boyfriend' Ed, the hairstylist, also volunteered to be the next one to try it.

I also am incorporating it, for free, into my daily Reiki distance hearings for you. If you accept it, the healing goes 'in'. And if you prefer not to have the healing, the energy washes over you and doesn't go 'in'. It DOES however, go to your GuardianAngel for 'safekeeping' should you change your mind later. The permission to send is always first with them, and then with you. They have your Best Interest At Heart.

So far I am pleased with the technology, and am looking forward to introducing it into my practice, both of Reiki and Medicine, as appropriate small-scale research is done.

For now, if you'd enjoy an incredible (and free!--but there also is an app if you like it) chakra balancing, you might spend a few minutes with this Chakra Tuner by world master healer Jonathan Goldman:

Reiki Doc
Posted by Reiki Doc at 6:43 AM