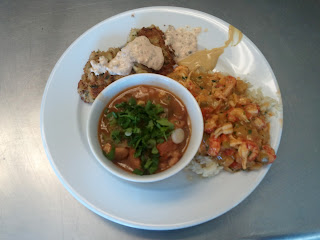 "I would rather support the education of children than subsidize Big Oil!" wrote my favorite Latino gay artist anesthesiologist friend, who used to take me to gay bars with him because he knew how much I loved to dance when we were in medical school together,  on Facebook.

For some reason, for me, as a Lightworker, that made me sense a need to draw a line in the sand. Or should I say, a line up in front of one of the spacecraft up in the sky. The three-dimensionality of that statement was stifling and limited, a total function of Duality, that it caught my breath.  This or that? That or this? My way or the Highway?

And so I cracked.

Would you like to know what I wrote back?

Dear Pepe, I would get rid of both of them. Take the child out away from the T.V. and put them out in the yard to play. Then take the children by the hand and go out to clean up the  pollution and oil spills from Industry, and invest in alterative energy sources. I am so sick of the status quo!

I thought that was it. But when I woke up, I put together with Kauilapele's comment about Ascension on this article which is the same as this original article that takes forever to read but is good, and all the things around us that are happening: a good part of disclosure is going to be started by the Ground Crew. We are going to be those guys with the things to protect our ears, that little vest, and start waving those cool flashlights saying, 'it's safe to come in!' We have to raise the awareness of others enough, just by keeping OUR  vibrations UP, until the contact 'high' raises the vibrations enough in general to make it not 'crash land' but 'smooth landing' as our Galactic Family negotiates their vibration with the predominant vibration that we are on Gaia!

1. The Radiofrequency Ablation Rep:
"Guess what crazy thing I just did?" he piped up in the middle of the 'frying procedure' where microwave energy is applied precisely to a part of the body at the tip of a needle that the surgeon places. (the process takes nine minutes, and reps like to talk). "I just spend thirty days drinking NO ALCOHOL!"
Instantly I thought to ask him if he has been to sixty meetings in thirty days too?, but I held my tongue.
Apparently his wife led him to it, and he is feeling a lot of energy and not missing his usual wine with dinner he had drank every day.
I told him it was a good thing, because another patient, a lady I had seen earlier in the week, had bariatric surgery scheduled in the O.R. cancel due to cirrhosis of the liver from 'two drinks with dinner'. The bariatric surgeon said it was the combination of fatty liver from obesity (foie gras, the same principle) and the chronic insults to the liver from the wine synergistically accelerated liver disease.
"So what you are saying is if I want to drink I have to lose weight?" the rep teased back.
Actually, his wife had them 'change their diet way around'. I almost offered my services to teach those two Reiki!

2. The Nurse On The Phone To Her Kid-overheard in the O.R.:
If you are hungry you can get yourself some kale leaves and make some salad...

3. How My Coworkers React to My Presence and My Multi-Dimensonality:
They want to touch me. Seriously. I have gone from 'regular anesthesia team' to 'senior team/one to ask for your procedure by special request' to 'one who sees ghosts, is a medium, is a resource for Ascension and Disclosure, and Office Feng Shui tips'. Yesterday I was offered warm welcomes on Postpartum and L&D, one Lightworker who knows about me and reads my blog--picking up on my dread of my next surgeon-The Terminator--and offering a brief shoulder rub to help me prepare myself emotionally for the tension and stress of working with this man.

4. My Patients and Their Families:
The Latino had a daughter who needs gastric bypass desperately at the bedside as 'his medical decision-helper and translator'. I ignored the fat, looked her in the eye, and kept my energy carefully modulated to 'therapeutic'. It startled the daughter not to receive the contempt and disgust usually given by the medical community. But she pressed on with the needs of her father, and as I spoke in Spanish to Father, I also spoke in English to her. I was actively laying the seeds of healing into her, by helping her realize her worth, and that the medical community was welcoming to all.

5. Up in The Skies:
I see them, everywhere, the Cloud Ships. They are beautiful and decloaking themselves in a striped pattern, in a very deliberate, slow way. They are totally obvious to me--cigar-shaped clouds, yesterday the clouds had little funnel-like bottoms to them. It's not shiny metal like Uncle Martian yet. But it's close!

6. Seeing the Rat Poop of the Illuminati in the Movie Transformers 3
Kids were watching it last night. Bad alien robots, the Decepticons. Versus good alien robots, like Optimus Prime. Have you ever heard of any robots in the Disclosure circles? I haven't. Our Galactic Family is flesh and blood, and their technology surpasses the 'robot' phase we have on earth (look at manufacturing. I even had one work on me for my surgery). So this movie reinforces Earth Technological Superiority (robots), Good versus Evil (which is ridiculous because all of us are 'good', as in 'sparks of the Divine', no matter how disobedient our actions are), and thinly veils the conspiracy of the settlements on the Dark Side Of The Moon by making it seem a work of fiction.

7. Abstain From T.V. Double-Dare-Ya posts on Facebook:
Hey, I welcome them, and I share them! The More You Disengage From Corporate Media (which is controlled by the Illuminati) the More You See The Truth and Their Lies When You Look At It!
Can you step back from your favorite 'programming' of yourself long enough to realize that is what the T.V. really is? A means to control you and to program you with The Agenda without your consciously being aware of it because you are enjoying yourself and enjoying time with family and friends?

8. The Price of Gasoline Rising to Six Dollars A Gallon:
My sitter is telling her family not to make the drive from the Valley to visit because the cheap gasoline is almost five dollars a gallon. It went up sharply yesterday 'because a refinery went down'.
I can see the sticky fingers of the Illuminati glistening behind the scenes from here!

9. R.N. asking me, Who Do You Think Won The Debate?
I think it is a ruse to take our attention off the fact that we are being controlled, that our political system is rigged and a total sham for self-serving politicians who have 'forgotten' their responsibility to us.
She just sighed and turned back to her Duality Pacifier, and wrote me off as a nut, speaking no more.

How do you like my alternative news updates? It was a blast for me! More will follow if you enjoy it, and as more 'tell-tale signs of Ascension' start popping up. I dare you--try to see if you can start noticing all of those things I mention around YOU too!