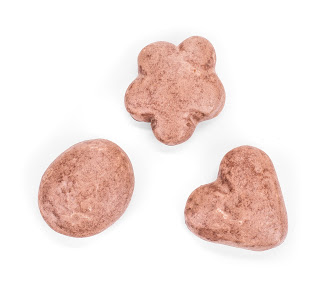 On this planet Ross and I realize you have many choices.

We thank you for choosing Love.

There is no problem which is too great for Love.

And there is no side effect or overdose from Love. 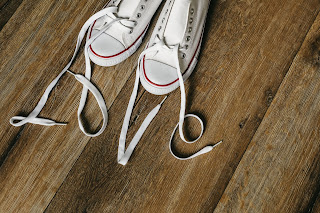 The only thing we have control over, in this whole human existence, is our reaction.

Everything else, it's, well, up in the winds!

It's outside our control.

You can't think for another.

You can't heal for another--when it's the kind of soul growth, clearing and releasing work that needs to be done.

You can only lovingly support, and direct them, as a teacher would do for a student, to present the material in different ways, until the concept is grasped.

For example, some learn by listening. Others are visual learners. I am a 'spatial' learner, my notes had to be on posters in medical school. I lay on my stomach and would draw the organ systems, the biochemical pathways, and the equations on huge art store tablets. Then I would hang them up on my walls. 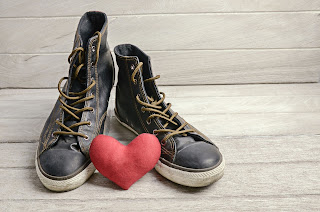 I have learned so much from my husband.

Not the romantic kind, although he has that too.

The kind which has 'no strings attached'.

It's not easy, this kind of Love. Sometimes it's like walking straight uphill! On the hardest rockiest trail you would ever find!

But once you are at the top? Oh! The view! The view out there is breathtaking, and well worth the effort! 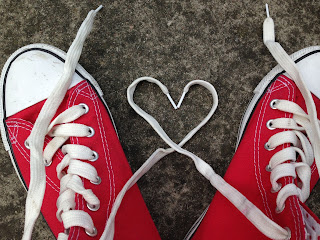 We are in times of great change.

Just like people who have been on a long trip together, people are starting to get a little 'testy' out there.

This is the first time a planet and Her inhabitants have ever Ascended together as One. It is a highly ambitious undertaking! Fortunately there is only a short distance--energetically--until it is done.

The trick is, although the distance is very short, very very close to the goal, the effect is like having a herd of cats all over the globe--in humanity--and the forces/workers for 'our team' must gain the felines' attention and focus just long enough to encourage them to reach the goal.

A stronger energy field is going to align the random, cat herd energies.

Actually, the Tsunami of Love has been doing this for a long time, a very long time, and is Highly Successful.

Ross and I have been doing our part, to send healing and love in a focused manner, to individuals who have ever read our work, on any of our platforms, we send healing to these individuals twice a day, every day, without ceasing, and without ever asking for anything in return.

We have kept this commitment to our 'tribe' for over seven years.

And our 'tribe' is in the millions, those who are the recipients of our healings, every single day.

That's right. Over two million healings, twice daily, like clockwork, and the tribe is growing! 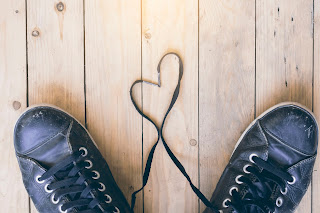 There are those on the planet, and in the cosmos, who do not pick the heart-shaped cookie.

They pick the 'service to self' cookie, the one which has 'two points up'.

This is a problem which is outside the scope of our roles as 'awakeners', 'healers', and 'guides' while we are incarnate.

This issue has been kicked up to the top:  is it okay for souls who reject Love in all its forms to bring suffering and death to the innocent, the defenseless, and the young?

It is not okay.

Well, unfortunately, there are a lot of people out there, souls, teachers, secret societies, who reject Love.

And they are everywhere anyone can hide.

Their hiding places of choice are places where there is ability to control power and money. 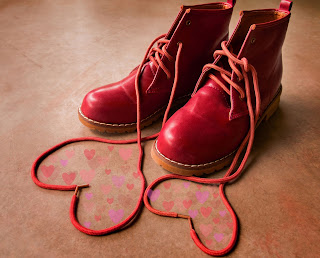 Some even wear red shoes.

And I'm not so sure what kind of leather is used to make those shoes.

This is of no concern to me--and these shoes in the photo are normal, non-human, leather, I may add--as it is the concern of Ross, his teams, and Creator of All That Is to bring justice to Gaia and her Inhabitants.

The only concern of mine is to love always, and to control my reaction.

An interest of mine, is raising awareness of the plight of those who are suffering.

I want them free.

I don't care who it is who is causing the suffering, how loved they are by anyone as a figure in the public eye.

It is for the little girl nuns Sister Charlotte talks about, and everyone in any situation, anywhere on the globe, who endures that kind of evil, that I speak.

I speak so they who have suffered will know they are unconditionally loved...that it is going to be okay...that they are safe...and soon (I hope!) my husband will give them the justice they deserve as their birthright which was taken away from them by Those Who Do Not Have Our Best Interest At Heart.

Every ounce of my being, every cell, every neuron, and every particle of my soul--my very breath itself!--is filled with love, with joyful anticipation of Heaven on Earth, in a world where the imbalance and suffering is no more.  And I am working very hard--two thousand eight hundred and sixty three blog posts in seven years--plus everything else--to help create a better world for us all. 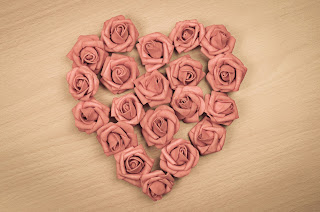 Here is an example of truth coming out in my field, in medicine, by author Meg Edison, a pediatrician in private practice in Michigan, on the Maintenance of Certification requirement which is 'optional': 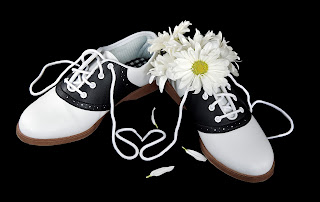 4 Love is very patient and kind, never jealous or envious, never boastful or proud, 5 never haughty or selfish or rude. Love does not demand its own way. It is not irritable or touchy. It does not hold grudges and will hardly even notice when others do it wrong. 6 It is never glad about injustice, but rejoices whenever truth wins out. 7 If you love someone, you will be loyal to him no matter what the cost. You will always believe in him, always expect the best of him, and always stand your ground in defending him.
8 All the special gifts and powers from God will someday come to an end, but love goes on forever. Someday prophecy and speaking in unknown languages and special knowledge—these gifts will disappear. 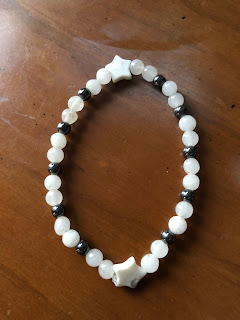 Here is a very special bracelet. I've worn one like it since November or December. When I was making the Negativity Neutralizing bracelets for the big giveaways, I was both surprised and annoyed to find that out of a strand of about sixteen inches of beads, more than half of the small quartz ones did not have the hole drilled through them uniformly large enough to pass the elastic thread.

Patiently, I set them aside, and worked my way through to finish the bracelets.

These would create a new bracelet where they WOULD fit! I call it the 'second chances' bracelet. I paired them up, two by two, spacing them with hematite beads--which also were too small for the Negativity Neutralizing project!

I added to them two small howlite stars, good stone for this same exact purpose. Howlite helps you to find the love in even the most desperate of situations! It helps you stay calm and clear headed, and patient until the situations pass.

I will be giving two away on the FB/Twitter soon. You heard it first here. 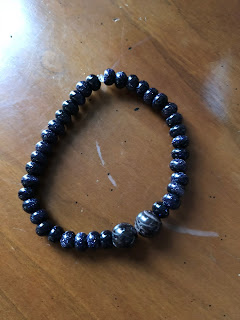 This is another one which is good for this era. I call it 'Reborn'.

There are repurposed beads of garnet, which have been shared with me by a reader from Alaska! Two large ones. Accompanied by sparkling blue beads, like the thousands of stars who both love and watch you on even your darkest night of the soul.

This one I will give away too, after the Second Chances one. 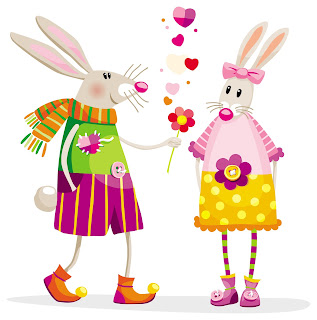 One last lesson, and this one is from both me and Ross. He's with me and we are writing this part together.

As you Ascend, and reach the frequencies of completing Ascension, you are going to notice two things. The first, is your heart is going to be filled--more days than not, more often than not--with a warmth in your chest you never realized could be both so pleasant and so persistent while you are in human form. This feeling is going to sustain you through much more then you ever would have been able to tolerate before this 'feeling' arrived.  The second, is, through other people around you, as you interact with them, and watch, you are going to have the opportunity to observe their reactions which could be to anything which sets them off--which is based on their incorrect perception that there is exists a LACK of Love and that this apparent 'lack' is REAL.

This is why we ask you both to fortify yourself with self-love and nurturing in meditation every day, to 'both calibrate and adjust yourselves' gently to this reality where the only thing that is real IS Love...and also once you fill your own 'cup' with this Unconditional Love of the Higher Realms--to  simply 'hold the space' for those around you who are caught up in the Illusion and all the smoke and mirrors it contains. It is by your holding the space, with your love, your gentleness, and your patience--without any expectation for them to wake up anytime in the near future (Ross says I may add!)...

The only way to move forward is through Love.

And through turning the other cheek and restraining from entering into conflict on their terms.

It goes this way for all.

Ross wants me to mention how my day was with Anthony. It wasn't the best of days. He had a stomachache at night, and thought he was going to throw up. He was up all night.

It seems every time I have my heart set on staying home and catching up with projects and moving ahead he gets ill.

He had a cough, and I knew appendicitis would take a day to get worse. So I kept him home.
All day long I was either feeding him, cleaning up after the meal, or preparing the next meal. In anything I did, or attempted to do, there were interruptions, and interruptions on top of interruptions!

It was an exercise in patience and love.

I was strict and took away any and all video games until six p.m. He watched Thirteen Reasons while I was beading. I didn't know what it was. I asked, 'what is this movie?' and he said, 'It's a T.V. show'.  I asked him, 'what is this girl's problem?'  He said that's the whole point of the show, she dies and you are to figure it out, it's a murder mystery. I was like, 'WHAAAAT? Is it a detective show?'

Then he told me the name. I made him stop. It was 'only the first episode'.

Then he watched YouTube for hacks on his video game.

And at eleven minutes to six he 'just looked to see how much NBA 2K18 is' and then changed the clothes on his avatar.

I remember the words of Daniel the drug rep and father of five who told me when he learned I had a son, 'He is going to TEST YOU!'.

And I am going to stand firm and have unconditional love...

Ross and Carla
The Reiki Doc Couple
Posted by Reiki Doc at 10:34 PM