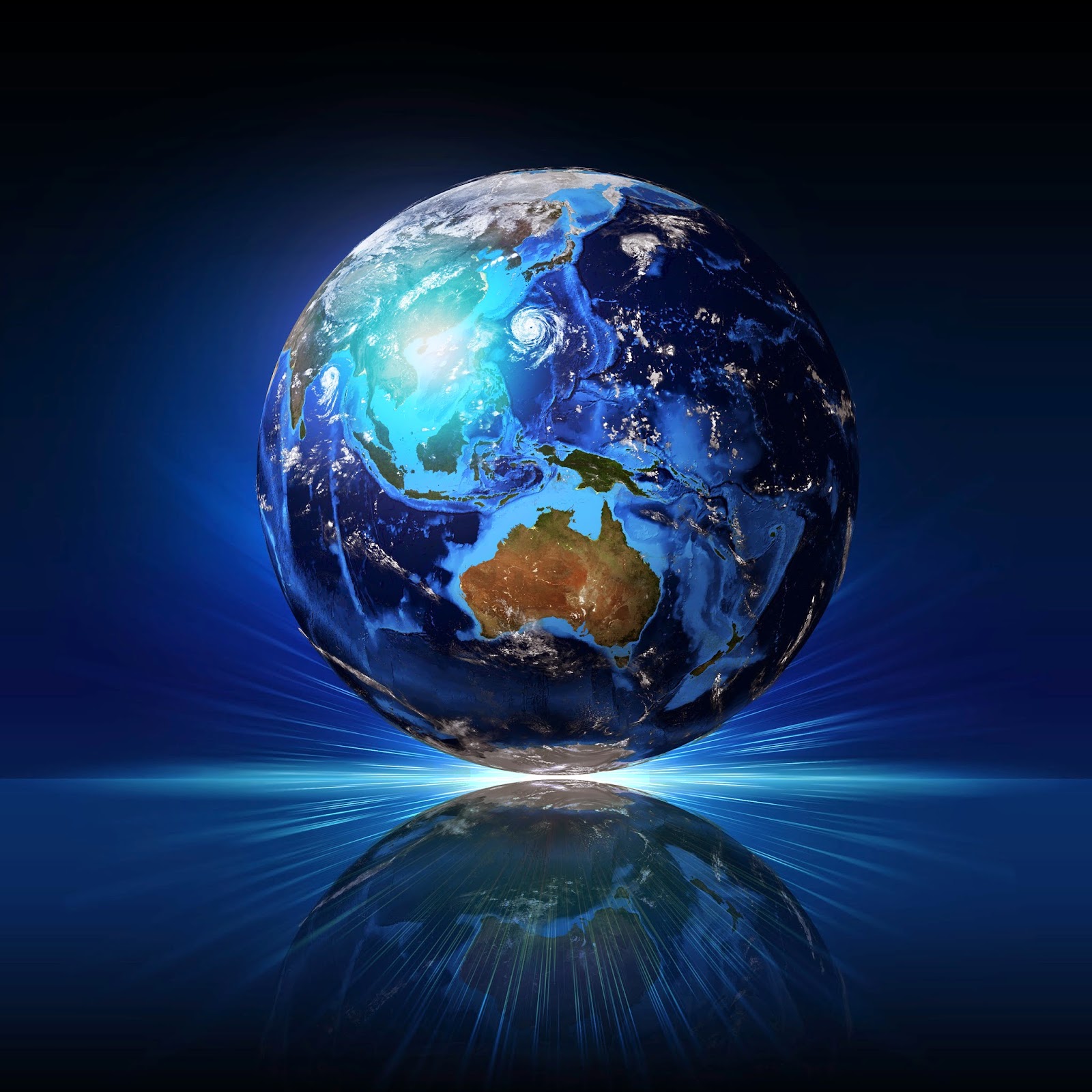 This is an example of how the Universe will drive home a point...

This morning was not pretty. Imagine me eating the partially still frozen croissandwich for breakfast in the car so Anthony could have the all-the-way cooked one on the way to school. We had stayed up to almost ten-thirty watching the basketball playoffs--he loves loves loves basketball--so this morning I let us sleep in a little late.

That's why I didn't write.

I wonder if all the meat and cheese and egg eaters would still eat them if they were served like this? I thought to myself.  It sure wasn't tasty. But the coffee was excellent, and Anthony got off to school without a hitch.

I had a wonderful line-up of cases, the one I requested. And I was ready to have a good day...

This mood 'hit' me all of a sudden--and long story short--I was witness to Gaia asking for a divorce--from her inhabitants. She went to the highest council, saying, they love nothing but money, and they pursue this to the destruction of my delicate ecosystems. They won't stop! I don't care. I want to go home.  I don't LIKE all this 'rescue' because it has nothing to do with my wishes. All I see is that there is going to be some stupid party at the end, that I didn't plan, and I have to wear a fake smile on my face while everyone goes freakazoid over the stinking money.  They are users and takers, and just as guilty for letting those who do not have our best interest at heart abuse me, as the abusers themselves!  She went to the Divine Father, and wanted nothing to do with the leaders of the movement to 'save her' who she otherwise loves and adores.  Divine Father took her to Highest Council--which is led by His counterparts from other Universes. They are very kind and understanding. They permitted her her wish to be in their energies through the day...and avoid all thoughts whatsoever of Her Plight.

By the time I got to work, I had called my mom to let her know the home phone was now working--she made me laugh with her sharing how much she likes the new Buddha statues her hairdresser had given her.  Susan is Chinese, and takes care of MANY elderly Chinese in her community who have outlived their friends and family, and would otherwise be forgotten. She also brings things like mint from her garden to my mom, and she also picks up my mom to take her to her hair appointments. She works on mom's nails too, to keep her feet healthy--no paint--just clean.  Susan says the one thing she doesn't understand is how 'tight the old ladies are with their money'?  She does the shopping for them, and every item they question if she bought it at the cheapest price?  (ed--I can't believe how these women, who are getting a fifteen to twenty dollar an hour service for free from Susan--who says, 'I want a nice life in the next life so this is why I do kindness in this one now'--are so misguided in their perception of 'value'--but that's just my own two cents).  Mom confessed she 'prays to Jesus every day, but she's always felt 'closer' to Buddha'.  She has a big one on the living room table, and a smaller one right next to her bed. I think this was my favorite conversation with mom I've ever had.

Anyhow...there was a short break and I was able to share my 'observations' from the commute with a very close friend who would 'understand'.  As we spoke, we realized Gaia needed to vent. A LOT. And she did. About everything. We did what we could to make it better.  Gaia went on and on about Bob Fickes' article on 'how to take advantage of Gaia's gifts'--a special energy boost she sends out every morning around sunrise...'just like the yogi's'....Gaia was ranting on and on about him because he never ONCE said a PEEP about 'giving anything BACK' to Her!  Just take! Take! Take! Take! Take!  Gaia has had it. That's why she wants a divorce from her people.

Ross also came into the situation that same hour. He asked Gaia, 'Do you know I come from a place of only pure and holy love for You? Do you trust me?'

He asked, 'Will you listen to me, and answer my questions?'

Long story short, Ross figured out she is concerned because there is NO GUARANTEE that the prosperity packages won't place a massive strain upon her already damaged delicate ecosystems.

He showed her an image of the emaciated people in Africa who have no food.

Would you give a prosperity package to them?, he asked?

If they need food give them food, clothing, and shelter, she said, calmly.

We are One, he said, gently.

She agreed, we are One.

Then she asked, if it would be possible, for all those who donated or supported the Light--would have their energy and resources be returned in kind, as a priority, before the rest?

She also, after some thought, requested that a class be taken--with a test to demonstrate responsibility of sufficient level to not further injure Her--happen before any direct gifts. (by the way, she was angry that Sheldan Nidle's message excluded those who lack bank accounts--the very ones who need money and aid the MOST!--ed)

Then came the patients...

When I saw the drug abusing diabetic with a serious infection requiring surgery--and scabies--I watched both myself and the team. This patient had been recently taken care of, and was coming back. It was my turn.

And this one is contagious like you wouldn't believe! Everyone dressed up with extra protection like for Ebola (there's a cure for scabies, but they itch really bad when you have them). And I could see the good hearted colleagues grossing out over this patient's mess of medical 'issues'--and still working as a team and doing the work that needed to be done. The patient had not much clue about how we were going to fix it, and only wanted the pain to stop.

I looked and said, 'This must be how Gaia in Her current condition is to the Galactics--Really Messed Up--and with cooties you can catch!' and I smiled.

Next patient was a double procedure--And it turns out the diagnosis was metastatic cancer causing both problems...Again was the thought, this patient is way sicker then they realize, it's near the end, and they are acting like normal and all they want is for the pain to stop!

Ross was really sweet tonight. He told me not to write. He wanted me to relax, and just enjoy my few hours of freedom...before I went to sleep.

The Universe has spoken.

And Gaia is probably a LOT sicker than even she would ever realize.

Divorcing her people over money--they love IT more than HER--is not possible because we are One.

They are HER and SHE is them.

When you see Her at 'the parties', once She is 'set free' and 'healed'--she wants to make it clear, in her heart of hearts, she would prefer to be at home in her robe and slippers, and having a nice cup of tea, and reading a book...than having to make small talk...that is Her way.

I had to say something.  I didn't know what I am going to say before, and now I do.

I am doing my best--with Balance--of the needs of both Gaia and Her People. They belong to me--both Gaia, and ALL of Her People.

When the needs of the one are imbalanced, the other experiences pain, and great suffering.

There is much talk about the earthquakes and the riots...among you. And you think, 'how awful! how can this be happening to me? To us?'

And no one ever stops and thinks--not one second--about the impact it has on Gaia.  Both on her physical realm...but more importantly, on her energy body!

Think for one moment, I ask this of you, from my heart, to consider the effect of the negative imprint that each unkindness, each crime, each hatred, each war!--has left on Her.  Her energy body is pockmarked more than the moon with all its craters! I kid you not! I am not underestimating the ravage that has been happening to Her.

I had to speak.

I sent the message earlier to Gaia, our Gaia Sophia, that I DIED for her! And I sent the message twice. She knew it was I who sent it...for Gaia and Her People are One...along with me, who is in effect, their caretaker.

I only want the best for mine--my ones who are under my care--and I will not rest until everyone who has it in their original Pre Birth Contract--to be here at this significant and most auspicious time--to come through the Awakening and Ascension and Liberation of the Planet--unscathed.

It is my promise to you.

And to my wife.  My beautiful, beautiful, beloved...I wish you good night...try to get some rest...you have made a lot of growth today....for all of us.

And I thank you for capturing it, for the world, well, of those who are interested. (smiles)

Ross and Carla, your friends and your Star Family.
Posted by Reiki Doc at 11:06 PM