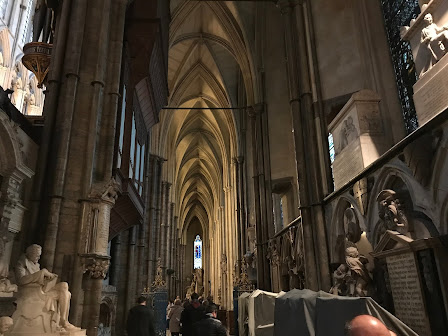 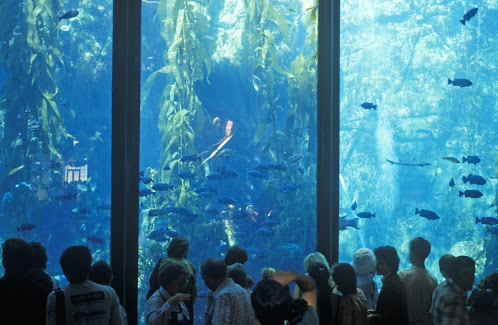 Last night as I was falling asleep, Ross took me by the hand, and up to an unusual place where I have never been. I've placed the two closest pictures back to back, so in your mind perhaps you can superimpose them.

It was a very tall, narrow building, like the church above. There were pews  and Ross and I saw in the very back row, next to the aisle.

The whole thing was built of a stone I've never seen, almost clear glass, that glowed a deep indigo blue. The pews were wooden. And it was filled with people.

I could sense these were important people, people who make the decisions about what's happening on Earth at the moment, and they were, in my opinion, rather unsavory types. You know the 'suits' who are more corrupt than anything but have a 'clean image' to the public.

I could hear them talking to one another, like a low rumble of a human crowd.  But this was between worlds, someplace clearly in the Afterlife.

I felt safe with Ross. And he was more than familiar with the inner workings of committees and things like this. I wanted to stay invisible, and watch from afar.

But someone noticed us. They drew attention to us. Ross gestured to me to walk to the very front, so slowly, without looking to either side, I did.

They asked me who I am, and I told them my name....I was feeling lots of unfairness about how things had been going, and I felt a need to speak up about it...so I did.

And that's the last that I remember.

I didn't want to lose this

But I remember being told right before I woke up, that Ross would be giving me a miracle.

Have you ever been to anyplace like this? And where was it? What was it?

Ross can't say anything. His lips are sealed, he gestures.