Medical Awareness in this time of Covid 19 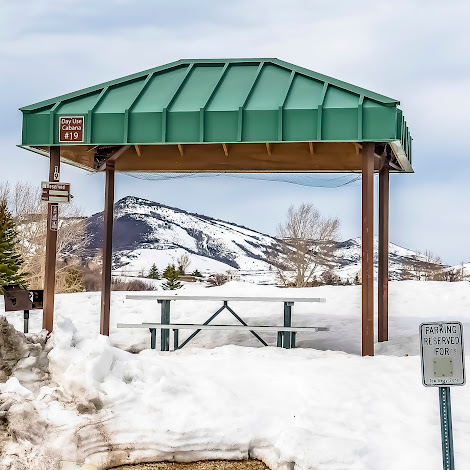 It's been a long, dark Winter. Yesterday, the temperatures in Southern California were in the nineties and this unprecedented 'heat wave' in mid-January is anticipated to last the entire weekend.

This is a Holiday weekend. Anthony has Monday off. It's poignant because in the medical world, there are only a handful of true 'Holidays'--days the hospital considers to be a 'Holiday' and staffing is like on the weekends. They are Memorial Day, Independence Day, Labor Day, Thanksgiving, Christmas, and New Year's Day.  So there have been many times I have been assigned to work a social 'holiday', without getting the 'immunity' to 'working holiday requirements' for my department. It always ends up the senior partners work the Memorial Days and Labor Days and I end up working the end of the year holidays, usually two of the three. Even this past year I was on call Christmas Eve.

At the Surgery Center, they are taking up the slack that the shutdown of non-emergent surgical cases at the main hospital. They are doing Spine surgeries there now, under 'twenty-three hour observation'.  Some big total joint cases are going on there now too.

Yesterday I did only three GI cases, one with one surgeon, and two with another.

The big question now amongst workers is, 'did you get your Maxine?'

But people WANT to know. And they wait and keep asking and asking.

I said I am not getting it, I have three autoimmune conditions, and I am going to wait to see what happens to others first.

One woman who has Graves disease decided to get it anyhow, because if she misses her chance she's 'not sure when or where else she can get it'. I know another who doesn't get the flu shot ever, who took Maxine just because of the 'open window' that 'would go away'.

When I shared, one woman, a Catholic, very devout, who has retired from the hospital and works part time at the surgery center--had a wave of anger go through her so strong across the room I as an empath could feel it. She even cornered me later, in her sweet voice, shared that her daughter in law is an epidemiologist and she was going to 'ask her if she got exposed to just a little bit of virus even if she has the Maxine could she die?'

They are getting Modern A at the Surgery Center. It's two doses too.

Unfortunately, nobody knows Spiritual Science, or studies the Occult, or even is aware of the intentions of Those Who Do Not Have Our Best Interest At Heart.

The nurse who recovered my first patient, she had a problem. Next I knew, she was in her clothes, and she was lying on a gurney.

Yesterday was her first dose, she didn't feel well, and she was dizzy. The other gastroenterologist took her temperature, and she had a fever. I offered to get an i.v. to hydrate her, but her blood pressure wasn't low and her pulse was a little fast. She wanted to eat her powdered pumpkin soup early--mixing it with warm water. But we weren't sure what her lunch box looked like and I had another patient to care for.

My last case was a patient who was from the Los Angeles area. L.A. is way more 'purple' (Covid infected) than our area. A family member of the gastroenterologist. She did not have a Covid test result. So, we assume she is positive. The workflow changes. She had been in pre-op which is separated by curtains, like any patient. But instead of going to the recovery room (which is also pre-op, it has two functions), we were to recover her in the procedure room.

Everyone wore maximum PPE. We always wear N-95 masks and gowns and eye protection. So it wasn't actually that much different. But the nurse can't recover the patient alone. So I have to stay in the room with the door closed.

Do I bill for my time? I did. Will insurance pay? I don't know.

I had designed the anesthetic for the patient to wake up early, which happened. After a while I was allowed to leave the room and go home. I took off my PPE, carefully disinfecting my eye shield and keeping it for later, and throwing out my 'exposed' N-95, and getting a new one and a new hair cover.

But what were they going to do to the procedure room?

No washing the walls old-school style.

That was the most important thing, I think.

Know your protocols where you get your care, ask, and follow your intuition. At our hospital, especially now with the vaccine and the long year of purple zone--remember people can't SEE the virus, and it's a lot of scrutiny and energy to be protective the whole time. So, things are getting a little more routine, a little less, well, scary, for people who work in the hospitals. They still follow protocol, and in our hospital, we have four of those disco light robots to ZAP a room and all the contents in it 'clean'.

That's all I have for you from the front lines.

I also find when I work in those areas--I'm pretty sure I had it myself about a year ago, I was very sick and lost my sense of smell--I get a little reaction. My throat feels funny, sometimes my muscles ache, I can't put my finger on it. But yesterday, I did something new. I spent an hour in the sunshine, just laying, and I opened my mouth to get sunshine to the back of my throat. It wasn't easy to rest like that, but I think it helped. I feel much better today.

It must be said that I have had chronic sinus infections since 1990, and that brings with it sore throat, muscle aches, bronchitis, and pneumonia. It could just be THAT triggering, I don't know. But UV light and sunshine really helps a lot.

People were kind of panicking about the virus in the procedure room, for that first case. They wanted 'herd immunity' to arrive. I asked, 'doesn't people getting it and getting over it contribute to the herd immunity?'. I've heard half of all residents of Los Angeles have already had the virus. I tried to be hopeful, and saying that between that and the Maxine we should 'arrive at herd immunity soon'.

Remember, Maxine when tested on animals for S a R S in the past, the animals who were inoculated by injection, had some protection, but when faced with infection their immune response was like super charged and actually dangerous to the monkeys.  It will not keep one from spreading the virus if there is an asymptomatic infection and the person doesn't feel it. It also won't keep one from catching it. From what I understand it is to keep the disease 'mild' if one if exposed. There's lots of literature out there. Also John Sun and John Sun is coming out with a Maxine that has live virus in it, and doesn't need to be refrigerated.

Perhaps the most telling is that Disneyland's main plaza between California Adventure and the original park--has opened to become a Maxination Super site in the area--for medical people to go.

If you know the occult, this is a huge, absolutely huge huge huge red flag.  To have it there, of all places.

Don't try to awaken anyone.

Do your own thing.

Discover your Spiritual Gifts and Who You Are.

You don't need to study the occult to find them.

Covid 19 is a very personal experience. Carla shares with you her viewpoint, and hers only, for you to take into consideration in the formulation of your own 'experience'. Carla has a feeling that traditional information sources aren't telling the complete story. So, as one on the 'front lines', the very 'tip of the spear', Carla is sharing from her heart, what she thinks and sees and hears and encounters.

There is also the concept of 'predators and prey' on the earth. And some who want to 'be culling the masses' according to what is posted on the Georgia Guidestones and Agenda Twenty-One.

No one has the Big Picture. Least of all those who consider themselves to be the predators.

Remember the hunter shall become the hunted.