Seeing The Angel In You 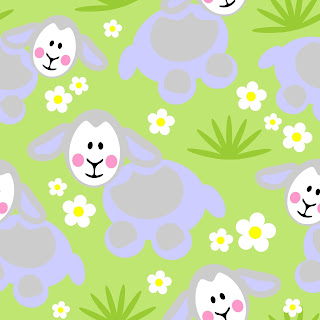 Yesterday I was invited to help a grieving woman who had just had her cat put to sleep.  She wanted to make sure it was the right time, the cat was okay with it, and the cat through an animal communicator has given permission the day before.

I had been told of the story.

She asked me how the cat was doing?

I had told her the arrangements, Ross would greet her, like he does, and he loves animals--the pets! He's smiling and holding them in his arms, together the pet and my husband always look happy and content. Then when it's time for the vision to go, he always takes the little paw in his hand and makes it wave to me, and I know it's going to be okay.

Well I'd had a terrible day!!

I was post-call. I'd been frantically trying to find coverage for my conference so I could attend. I was calling the retirement account people because I had a sinking feeling I sent the contribution check to the wrong address (I did). And there was some other thing on the phone that was miserable to do, and I did...looking back I had a sense of purpose and accomplishment for having pushed through it all--now I remember!  A friend's sister was going to need surgery at my hospital and I was coordinating through the surgeon and her...and yes I was coordinating with my insurance about claim versus payment for the tooth restoration--there was a release to be signed by the patient so I could pay.

I hadn't heard a cat.

I hadn't heard anything from spirit.

I was startled to see Ross pushing a soft warm cat into my arms. The head and front legs were over my right shoulder and I held it and petted it.

I had to double check--'no allergy?'--and I was told NO ALLERGY...so I relaxed and felt the sweet soul of this being in my arms.

Yes, cats talk in Heaven. Everything talks in Heaven. It's a question if you are open enough to listen to what they have to say, you know?

No sooner had the words stopped then Ross was taking the cat from my arms. I was a little disappointed because this holding cats thing was new to me.  He explained he didn't want the cat to get confused between here and there (I'm in the middle!) and there's official protocol for a new soul up in Heaven to go through, it had to be started right away. He said to tell the mom that the cat would be 'very busy' and 'would have chances to come back and visit every now and then'.

I like to consider myself a 'good medium' or 'good messenger'--I always give exactly what I saw and what was said to the person who asks for it.  So I wrote it.

The woman who was the cat mom told me she read the words with tears of joy, the cat was her heart, and the message means so much to her she will treasure it.

Ross and I also sent the Reiki Transition symbol to make it easier. 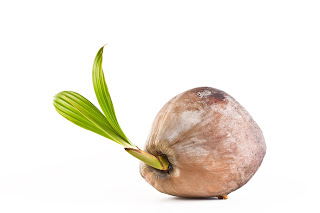 Another woman who had lost her loved one is now approaching the loss of her father. She wanted to check in with Ross and me to make sure the transition would be a smooth one. Would Ross guarantee an easy passage?

I told her, 'there's some woman who has dibs on it, and I don't want to step on her toes. She's a strong-willed soul who is very protective of him. But at the end of the walk, Ross will be there to receive both of them when he arrives.'

I didn't know who this woman was.

I just knew I better not upset her because she had been looking forward to this for a long time.

It was the grandmother, I was told. She was a strong woman, and very very close to her father in Life.

It made both of us laugh, a healthy, happy laugh, together, because people are what they are, both on Earth and in Heaven, and there's no getting around it, no matter what! 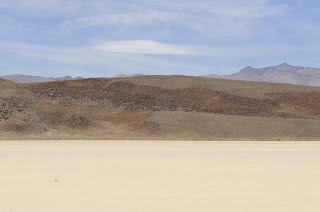 This is the Nevada 267 near Scotty's castle, not far from Death Valley.

This area is 'normal' for me. I spent a lot of time growing up in the high desert, in a region called Lanfair Valley.

I don't mind the heat. 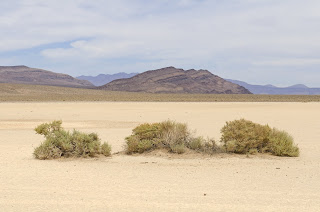 When you grow up in the desert, you have a lot of freedom you otherwise wouldn't have. And you see a lot of things most people wouldn't see.

I've seen a flash flood and played in it. It was only ankle deep. But how refreshing and new it was to play in the rushing red waters, and  to see 'Earth in Action' face to face without some musical score to accompany it on some travel show! 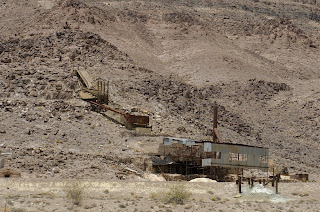 This is an old abandoned mine.

We used to explore them.

Ride up to it on the motorcycle. Find the shaft. And even though I thought it was crazy and stupid, because my dad and uncle were there, we would all go in. Until there wasn't any more light.

I lost my balance once and leaned on a wall. It was all gypsum, wet gypsum, and an avalanche of powder fell off from my hand.

But we lived, we made it.

And there really wasn't anything there to see. We had hoped for nuggets of gold but we supposed it wasn't in the cards for us. 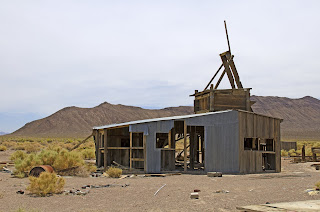 The desert gives you another perspective:  you see what remains when human interest (read--opportunity to make millions)--is removed from the picture.

And you also can explore what people once thought was important to them, and what was not.

You could go through all the things that were left.

Sometimes a rat would scurry out while you were looking at them.

I think in a way it's a nice perspective because you see that people and human will are NOT all powerful.

Nature is. And Nature absorbs all the folly back into herself. Even the animals help to make use of it. 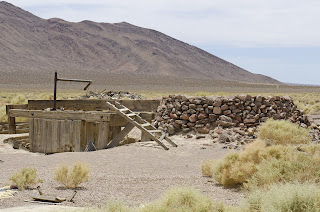 We are in a Spiritual Desert.

You might not think of it like this, because it's all you know and have ever known through many incarnations while you have been a resident here on the planet.

YOU are the water spigot.

And the current conditions right now are just ripe for Divine Creator to open the faucet and all this wonderful Angelic Energy is flowing through you.

Without your being aware of it...but others are! 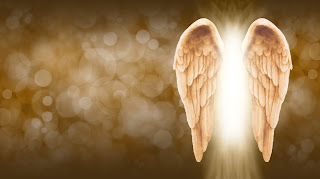 At work on call, it was horrible. Long day with many add-on cases, some which I was reluctant to do.

I liked the teams, the patients...and with a gap I took a power nap for twenty minutes in the car. That made a huge difference.

I've been noticing a change in me at work.  Detachment. And also, perspective. Our group bought sandwiches for Scrub Tech week.  I went to eat one. I was told, 'there's none for you!'

I saw them on the tray, I was like, WTF this is from MY department!

Usually for a 'week', there's food for the whole OR. But this was only for the techs. The rest of us were not included.

At the end of the day, uneaten sandwiches were rotting and spoiling in the same tray.  I didn't bother.

Yesterday was the 'chocolate fountain day' which was nice the first time we had it. A manager brings it in. But I wouldn't eat it either.

I DID have for dinner a huge chocolate chip cookie from Boudin Bakery in a box that just showed up.

My later snack was one handful of corn chips and a handful of almonds.

I wasn't stressing over that. I'd had a real lunch (sandwich, chips, fruit, coffee) so it helped. And I knew it wasn't forever.

This is a huge change for me. I worked past midnight on just a cookie, chips and nuts.

It's the late night where my angel came out without my realizing it.

My call two was putting her meds away in the pyxis. It's a total pain in the butt to count the little vials before and after you take what you need. The damn computer. I have cousins who work for the company who makes the machine and I wish they'd just create something painless for healthcare workers ...sigh...so as the drawer was open I started to stack the vials like Anthony and I do the stuff on the table when service is slow. We've made large towers of jam packets and stuff. Esther laughed.

I joke around a little, not a lot, and Nicole later in the O.R. said, 'I just love you! (cause you're different).'

I thought it was the desert in me.

Divine Mother paused, and said, after I'd explained the odd circumstances at work, 'they are seeing the ANGEL in you, seeing you for what you are.'

It resonated as truth.

Divine Father told me I have to work there because the world is a better place because I am there, and I am good at it.

Ross was sweet. He and Anthony took me to dinner by the ocean, a proper dinner with a glass of wine, to 'make up for it--the cookie dinner' the night before.

I enjoy oceans too. Very much. 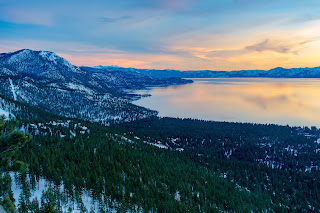 Earth's natural state is a 'Lake Tahoe' and more of Spirit! 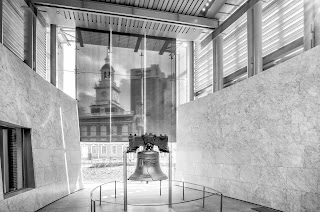 Our freedom is now.

The full moon is building with an insistence that is stronger than any I have yet seen. I've felt it from the crescent as it's been building up.

And even though this bell, the Liberty Bell--is probably some form of May-Saw-Nick occult meaning I wouldn't understand or intuitively know--it's a good symbol for that. And when the photo was taken it was 267 years old.

Ross and Carla
The Couple
Posted by Reiki Doc at 7:31 AM