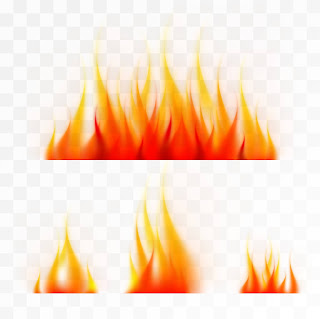 We are spiritual beings having a human experience. This isn't home. Sometimes we forget. That's part of the Illusion, and 'adds to the experience'.

The other day I was talking with friends and was asked how we were doing out here with all the fires?

I answered honestly, except for the icky clouds and strange sunsets for about a week, we've been doing remarkably well. They were far away.

I drove to work the next day, and it was windy, very very windy, with leaves and things flying across the freeway. Even the car jumped a little.

In surgery, I had the same surgeon, and for some reason we spoke about election things. I asked about the dialysis center proposition. I wanted to know about the main issue, not what I am told to vote on TV. Apparently many dialysis centers have a medical director, but they aren't always  present the whole time. I remember my mom had a doctor at her dialysis center. There are large corporations who have bought up many of the dialysis centers, and they run them lean to make money. Furthermore, the companies are very ruthless with the doctors who create dialysis access. One patient was sent for evaluation for peritoneal dialysis, and the surgeon thought the patient was a poor candidate, and opted to do something different that was in the patient's best interest.  The corporation's high-ranking workers called his office and threatened to take away all referrals for his not doing as told.

So he was on the fence.

We talked about the housing proposition. And I shared about my friend in Big Island who lost her home and entire neighborhood to lava. They were smart because the evacuations were sort of announced but not mandatory, and early in they secured a rental home, just in case. Others weren't so lucky, there wasn't a lot of rental units nearby. Some people housed the displaced in little mini units in their back yard, showing lots of 'aloha'.

Little did I know it, but as we were working, fires had started, and not one but two were burning.

The surgeon had to evacuate from his home, and cancelled the last case. We could hear his wife and sister calling and how frantic they were in their voices.

The scrub tech also lived in that direction, and once had to take two and one half hours to drive home due to fires. She was concerned about being able to get home.

As I drove home, the mandatory evacuation alert flashed on the emergency warning system on my phone--close to home, but fortunately, a neighboring city. I got home, and just from walking thought the thick smoke from the car to the front door, Anthony could smell it on me.

I caught up with his day, went to bed, and no less than five minutes, was called back to the hospital. I drove back in, did the case, and then came home a second time.

Why did this strange coincidence happen?

Was I loving to everyone, even to the person who was the reason I had to come back from home in the middle of the night?

That's all you can do.

With my studies of 'the other team', which for some reason is my calling--I just have one thing to share. Everything fits together, and it just keeps on going and going. Sometimes it makes my stomach sick inside to think of it. Just how evil some beings are. To me, it's like an everlasting gobstopper, a candy described by Willie Wonka, that just never changes size and goes away.

I asked Ross about this last night. I was concerned. I asked for Earth to be placed in the hands of Divine Creator, to reset to the original plans, and for Earth and her people to be free of the Dark Ones forever.

From what I understood, his response was that people need to awaken, to release themselves from the lies that make them comfortable and lulled into a sense of false security.

At the same time, I saw a vision of the cow chute that was made by that really smart autistic woman. I realized the same people that create those are running the world and we are nothing more than 'cows' or 'herds' to them.

I know so many people are grateful for the sports being back to help with the pain of the Covid. It soothes them. They just want all these things to go away and for someone to fix it for them.

Last week, when a candidate was not far, I was surprised to see chemistry trails up in the sky, everywhere. I haven't seen them for weeks, months, I couldn't recall the last time I had seen them. But there's a pattern. And three days later, after they do that, people start getting sick with lung problems. We had here zero--near zero--single digit humidity--and unusual winds of great force. Hurricane winds. Then the fires. And a worker at work left sick with a temperature of one hundred. He walked about with a temp sticker on his head.

But what could I do? Just sense and watch and hope for the best right?

But I did do something. In our neighborhood park, a small tree, maybe ten to fifteen feet tall, was blown over. Anthony and I did our best to fix it. He dug new holes for the support wood sticks. I held the tree. I told the tree we were doing our best to help it, and I'm so sorry if our best wasn't good enough. Just know we were trying.

That's all that can be done.

And remember, the Glory of God our Creator is never completely hidden.

Uncover and discover  it in all that you do.

The 'muppets' (Ross is thinking of something adorable and fun and entertaining to call us, and that was it. An funny too)