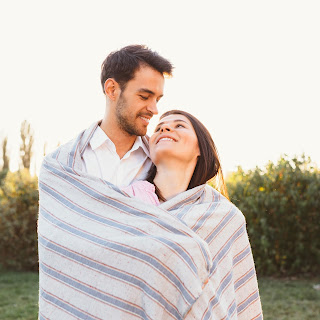 On the drive home from work, Ross asked me what I would like from him?  (He can give me things I would like).

I thought about it.

At first I said  'I would like to see you dressed up as handsome as you get, and just SEE!'

He clarified--my style handsome here, or yours there?

But then I thought about it a little more.

What I REALLY want is for people to UNDERSTAND about our relationship.  It's long-distance ; )   ...it's actually across dimensions. It's soul to soul.  But for me down here, that kind of sucks. People just don't get it.  So I asked if people could see him with me--in 3D--enough so they would understand, and that people would see my Light Body with him up where he is, so we would be a 'couple' everywhere we go.

I told him how I can't even mention it about us, because people would think I'm cuckoo...they wouldn't give me credit for being the gifted medium I am, and being able to access my Twin Flame on The Other Side (or who 'resides in the spirit realm' as it was said earlier today by John Smallman.
original article here)

Ross was very interested in this, and even back a few hours ago, encouraged me to write.

He promises to do what he can on his side to help with this perception...and to wait and watch for his results.

(I took a little detour. I picked up Anthony and we drove to San Juan Capistrano just to enjoy the flowers and a little tea. It was our Easter and Spring Break all in a few hours.  My work schedule sort of takes the fun out of our time. I feel so much happier and rested. There were many iceberg roses in bloom, and the lighting was just right to accentuate them. I took many pictures I will share later.)

Today is Doctor's Day. Don't get me wrong--I know my place! Both nurses and surgical technologists have a WEEK! But the hospital was good to us, and gave us a nice party along with small gifts.

I was looking forward to this event like a kid! It happens every year.

I want to talk about my expectations, what I experienced, and how I handled it.

The theme was nautical.

It was clear people had put a lot of time and effort into it--to show us love and gratitude.

In some ways, the execution of the planning fell short.

This is a very Galactic protocol type situation where everyone's ideas of 'nice' do not 'match' and yet the intention is appreciated...the rest is 'allowed to be ignored'.

I also admit that perhaps I am 'old school' now, and more 'modern' forms of 'nice' just don't make sense to me.

I wanted a nice dessert.

What was offered were cupcakes, and a 'candy bar' where you scoop candies into a little bag to take home.

To me, candy is not food. I know it's popular to have one of these features at a wedding or shower. But I don't like them. The malted milk ball I ate is one of the things I grew up on in the blue collar part of town where I lived, and is one of the unhealthiest things ever! Perhaps that is the appeal?

The centerpieces were not flowers. They were succulents glued to long pieces of driftwood. They were a little to big and twisted for the tables, and took it over. It was not harmonious or streamlined like the theme of nautical would be.

The food was prepared by the hospital food service--the clam bake items were overcooked, and the clam chowder in a bread bowl just seemed not to match the 'surf and turf' offered.

None of this MATTERS!

It is only my perception!

This is what the hospital staff decided to prepare for us, to offer with their hard work, their money, and their hearts.

I REALLY loved the beach tote with the beach towel gift they had for us. That one really WAS 'nice'!

The moral of the story is when someone shares with you what they consider to be 'nice', honor the source a little MORE, honor the gesture...and consider 'taste' and 'expectation' a little LESS--because we all want to get along together, and sometimes people are trying as they know how and have the resources to do.

When we start mixing--openly--as who we truly are--Starseeds, Indigos, Sirians, Pleiadians, Arturians and the rest---always remember that we ARE 'different' and from different cultures. So look PAST the situation at hand, and into the 'thought that counts' behind it.

This is the foundation for Universal Peace, in a nutshell <3

And in wanting to share our common bond, enjoy our newly reacquainted relationships, and foster goodwill --and get off to a good start!--this is the most important part of all!!! 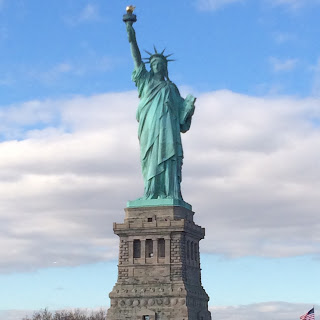 We are on the horizon to new life. It's like when you see land after being on the boat to cross the ocean.  Even on an airplane set to land, once you set sight of The Statue Of Liberty--a surge of excitement begins in you!

You are really here!

This is where we are at in this Now moment.

We are on the threshold of what is to arrive.

I want to talk about this statue.

What is its purpose? How was she built? Did you know Carla saw little upside down stars in the rocks under it? They are on the wall. There are many hidden symbols and purposes, both magickal, and not so Divine--in this whole 'ball of wax'.

Which matters more, the thousands of millions of humans including Carla's mother who arrived from Italy by boat and went through Ellis Island who love her? Or the few who designed it for 'alternate purposes' which are 'hidden' from the general knowledge?

It is the heart (hand in fist, taps his chest--ed).

It is what is in alignment with Nature and the will of God (which is to hold Love at all possible times)--that ultimately overrules the rest.

So when, like Carla, you see a building with lots of pyramids all over it and the signs of ''Those Who Do Not Have Our Best Interest At Heart--The Other Team'--smile!  Because like Carla, you know they are not the winners that they believe themselves to be. They are slipping.

It will pass. All of what they worked so hard to achieve is crumbling and in tatters!

Even the most lowly and heinous is worthy of our Love, for they are our brother and sister. They might bite! They might hurt you! But I want you to think of them as souls in need of a Rescue Organization (pats the deck of his ship--ed) and I have just the teams who know how to take care of them!  So when you see an injured marine mammal washed ashore upon the beach, you would know not to touch it and to call the experts, is that correct?

So NEXT TIME you see evidence of Those Who Do Not Have Our Best Interest At Heart, do not judge or incriminate--simply pick up the telepathic 'phone' (he points to both sides of his head--ed) and call us! We are the experts and simply allow us to do what is best for these injured beings who are 'burnt' somewhat by 'life in 3D' or the 'third dimensional experience'.

Ross and Carla
The Reiki Doc Couple
Posted by Reiki Doc at 7:33 PM