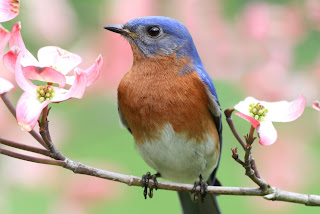 That's what Divine Father let me know when I asked Him for some books to read, to help me pass the time while I wait for the suffering to finish on earth.

I was cranky and upset at everything not going well in the O.R. for my first case.  Lines tangled, iv's infiltrated on induction of anesthesia and I had to place a new one, the usual things that make for an anesthesiologist a 'bad day'.

I am a cranky person, if you get to know me...I always have been. I have moods.

The last three days have been miserable for me.

They say confusion is not being able to accept What Is.

But after my case, my resentment at having to work two weekends in a row and completely missing Easter eased. I spent time with my mom at her home. And with Anthony. We watched some tree house show together. I made Anthony some lunch.

My cup has not been filled for a long time. I need downtime, time with my loved ones, and time away from the hospital.

I took a nap on the sofa, and really appreciated not being called into the hospital for the rest of my shift (twelve hours).

While I was taking a nap, I surrendered to Divine Father.

He's been riding me hard.  About forgiveness, about others having their own 'contract with the Universe'...

I don't want to love everybody.

I take exception to those who do not have our best interest at heart, especially thirty third level mason for what sacrifice they make to reach that level.

I take exception to those who mess with the ionosphere in HAARP.

I take exception to those who killed my beloved Ross.

As far as I am concerned I do not like them. I never want to be with them. And it is my hope that swift justice shall be dealt to them, as well as their never being allowed to interact with Gaia again.

I told Divine Father I want Earth from here on out to be the slowest learning ever and the most happy place--I am DONE with drama, suffering, pain as an educational tool, and I don't CARE if it has made Earth have the fastest soul development of anything in the galaxy.

I forgave the thirty third level masons who do human sacrifice.

I forgave those who masterminded the sacrifice of Ross.

I forgave those who pollute and destroy Gaia herself  and her people with a vengeance.

I said, 'thank you God for the loneliness I have felt all my life'

Thank you for my not fitting in.

Thank you for my suffering one lifetime after the next.

Thank you for having Ross die the way he did.  (I was told in no uncertain terms I had agreed to the whole deal in my pre-birth contract, and I can't back out and gripe about it so I shut up.)

Thank you for my broken dreams, each one more spectacularly broken than the next.

Thank you for my broken heart.

Thank you for my isolation from Home in Heaven, and for my being stuck where I am.

Mountains move when you take that approach of complete and total surrender, and mean it. I was like, 'God, I have no idea what you are doing, what your plan is, and I'm not going to wallow in the crap I see everywhere around me. I'm going to forgive it, and resolve to live my lonely life and struggle as YOU see fit.'

I felt much energy flow.

Later, much much later, when I was driving to Anthony's ball game, Divine Father came into my consciousness.

I felt better that He let me know.

I still don't 'get' it, all this Love and Joy this guy keeps talking about (http://ronahead.com/2016/03/26/nightmare-worldwide-poverty-conflict-suffering-will-cease/)

I was grateful I saw Aimee, Tony--the parents of Cameron, someone who was on some of Anthony's basketball games. Aimee is a holy roller, and I love her. She and Tony met at a drug deal. They had both decided to overdose and kill themselves separately, and were caught off guard when they met. They both decided to live and have been together ever since!

Aimee said, 'HE is RISEN!' and was filled with joy.

That's important for lots of people in the Illusion.

It is what it is.

I surrender my all to the Forces of the Divine.

Read Ross' part here from last year.  This makes me feel better. I don't like it that it's 'different' and has been so for a long time. I knew it's not the same.

It is what it is.

I am lucky and fortunate to have what I have been given.

I am glad God didn't let me lean on Ross and makes me stand on my own two feet. Why? Because being angry or upset is counterproductive.

I'm on my own, one hundred percent, as long as I am in the Illusion.

Mom shared today about how her father prepared her for life. He said 'you are responsible for your own happiness. Don't ask people for things, they will groan when they see you coming. Never ask anything of anybody. Don't try to fit in.'

She said how that helped her in hard times.

Even now, as she lost dad, she decides to enjoy the little things, a flower blooming, the sunshine, the birds singing.

She said, 'Life is beautiful'.

With all the students in the School of Life here on Gaia, on 'independent study' and the absolute and total freedom to annihilate one another (and with the nuclear weapons the soul is almost destroyed for good--search and rescue teams spend ten thousand years at a pop trying to piece together the damaged bits to reconstruct each soul)...it is what it is.

All the people in the Illusion provide just that.

I could see the crowd and the players at the basketball team with that perspective today. Everyone is like a little flight recorder going through their experiences with their own unique perspective.

I would like to have some say in what is permitted and what isn't, here on Earth.

It's not my call.

And I accept everything I ever agreed to in my Pre Birth Contract.  I won't drop my end of the deal.  I am in until they say its done.

For all the people who supposedly channel 'me'--who I was when I was with Ross incarnate--all they talk about is Love and Mystical and all this shit.

I'm not about that.

I keep it real.

I explore and I fall on my face and I cry and I learn and I do what is asked of me.

I would have loved and adored more time with my beloved when we were both alive.

It was not meant to be.

He's around. I don't really want to talk with him. The growing period this week has been too much, too painful.

I'd rather go drive to mom and watch the Ten Commandments with her and Anthony.  I'll be on my way there soon after I check on the animals...our pets.

I love you and I thank you for your patience with me, the REAL me, who opens my heart and doesn't hide behind platitudes and the stuff those people 'channel'.

When it comes to the message from John Smallman, he is right. But it's sad. It's sad it has to come to this--total surrender, and loving that which is really icky to love. Not just your broken dreams, but people who do heinous acts.

I don't think that's what Gaia had in mind when she consented to things in the planning stages. It just got out of hand. WAY out of hand. Love is the only way OUT. And I'm glad it's done. 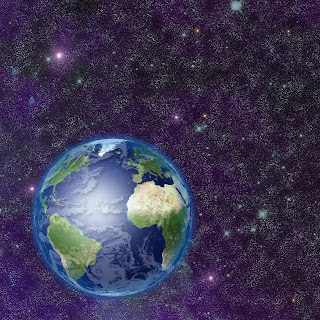 My beloved is having a hard time.

It is hard to feel the love when people are beating on you.

I was raped before I died.

I want that to be on the record.

It was more than a beating.

That's why Carla is so bitter and angry.

They tortured me in a ritual.  It was exacting and precise. It wasn't random.

They did it to everyone.

It was their way.

I am sorry for all the pain I endured as being a 'price' or 'ransom' as people say.  I am sorry in that in MY 'suffering to end all sufferings'--it was only the beginning of the rape and torture of the souls, of all of humans incarnate, and recycling through the reincarnation system--for a long time.

The 'deal' wasn't 'sealed'--THEY did not keep up their end of the bargain (those who partake in such things were not content with me, the gardener's son, they wanted ALL of his family, including the wife.)

I have forgiven each and every one for what they did to me, and for what they have done to all of you (in the dream department and making your life miserable on earth in the Illusion).

(raises one finger and moves from side to side--ed)  I want you to know there is Justice.  Although they have been forgiven, there is karma to be paid back.  And then some.

Your souls who are tortured will rise to the top like cream. And theirs who have tortured others will sink down lower until they awaken fully.

Everything works out for the best.

Even for Carla and me.

Carla would like me to go to her office Christmas party.

Carla would like to buy me a ticket to the movies and share popcorn with Anthony and me.

It's not going to happen.

There are better things Carla cannot imagine down the road ahead...Carla can't grasp the Love and Happiness and Contentment she is going to be given.

Happy Easter to those of you who read this, from my heart.

I would do it all again, gladly...and even endure Carla's suffering and nagging for another millennia or two! LOL

Ross and Carla
The Twins
Posted by Reiki Doc at 8:17 PM